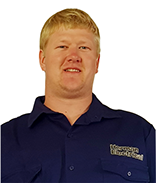 Herman is Euan’s given middle name, which was his grandfather’s birth name.

Euan says that he believes he has a special connection to him ever since he was a young kid.

Euan says that “He has sadly passed away now but I often feel that he is watching over me, he was very creative and extremely good with his hands and I feel that I have similar qualities”. “Grandfather Herman never became an electrician but dreamed of being one, says Euan, so I use his name as a measure of respect and admiration”, says Euan.

Euan Te Bogt (pronounced “Te Boat”), was a former employee of Hannah Electrical ltd and has now acquired their clients. Hannah Electrical closed due to an unexpected illness and Euan now offers the same high standard of service and more. 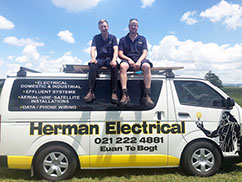